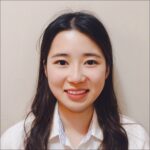 Celeste Lan began her social media internship with the Lois Roth Foundation in 2021, while a student at Agnes Scott College in Georgia. Since graduating, she has been working at the Meridian International Center in Washington, DC.

As the Social Media Manager for the Lois Roth Foundation, I regularly repost announcements of events such as the Fulbright Association’s Advocacy Day, but to date I have had little direct contact with the organizations we partner with. So, I was excited to learn that FA’s annual conference would take place in-person this year. I’d never experienced such an event and was grateful to the Roth Foundation for sponsoring my attendance.

On the first evening, the venue was packed with people from around the country, all deeply involved in conversation. The atmosphere was very welcoming, and at the reception I had the chance to meet both FA staff and members. I was impressed by the diverse backgrounds and demographics the Fulbright alumni, and several of them told me about how their Fulbright experiences had broadened their perspectives. The plenum opened with a welcome from FA Exec. Dir. John Bader. The keynote speaker, Ukrainian Ambassador Oksana Markarova, eloquently presented the dire situation in which Ukraine finds itself and called for the establishment of a peaceful world united by democratic values. Following her remarks, a lively audience discussion covered topics such as the mental health of frontline soldiers, human rights during wartime and alleged war crimes in Africa. 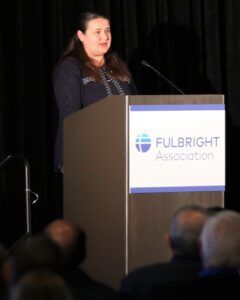 Markarova’s message clearly resonated with the vision championed by Senator J. William Fulbright and the Fulbright Program—to connect and establish constructive and substantive communication between people around the world. The Lois Roth Foundation partners with the Fulbright Program in several ways. Several of our awardees for Excellence in Cultural Diplomacy, for example, have contributed to or devoted their careers to making the Fulbright Program the best it can be. The majority of our Project Support grantees are also Fulbright scholars; the reports and letters they send us often speak of experiences similar to those I heard about at the conference—about breaking cultural barriers and forming genuine connections with new acquaintances. 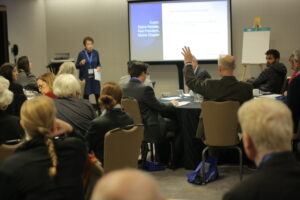 The Fulbright Program’s mission was also echoed in insightful sessions throughout the weekend. I attended presentations such as “The Art of Cultural Integration” and “First-Generation Students and Fulbright,” among others. I was impressed by a session entitled “Diversity & Trans-parency: Fulbright Abroad,” in which Dr. Charlotte McDaniel (Emory Univ.) combined stories from her Fulbright experience in Tunisia with a participant exercise to illustrate the pitfalls of our many unexamined assumptions about other places and people.

The FA conference made it vividly clear to me how much the world needs cross-cultural dialogue—and of why I am so proud to support this mission through my work at the Roth Foundation. Who knows? Maybe I’ll apply for a Fulbright scholarship next.

The Lois Roth Foundation depends on contributions from people who believe in the importance of cross-cultural dialogue to the future of our world. Please help support our work this year on Giving Tuesday! 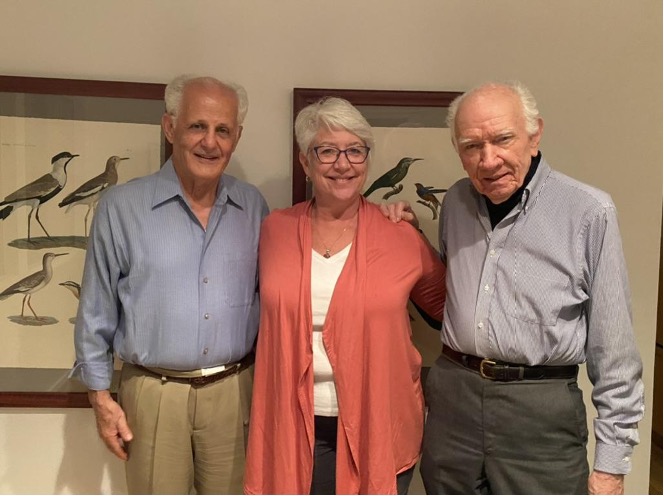 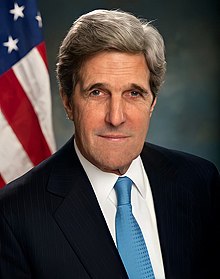 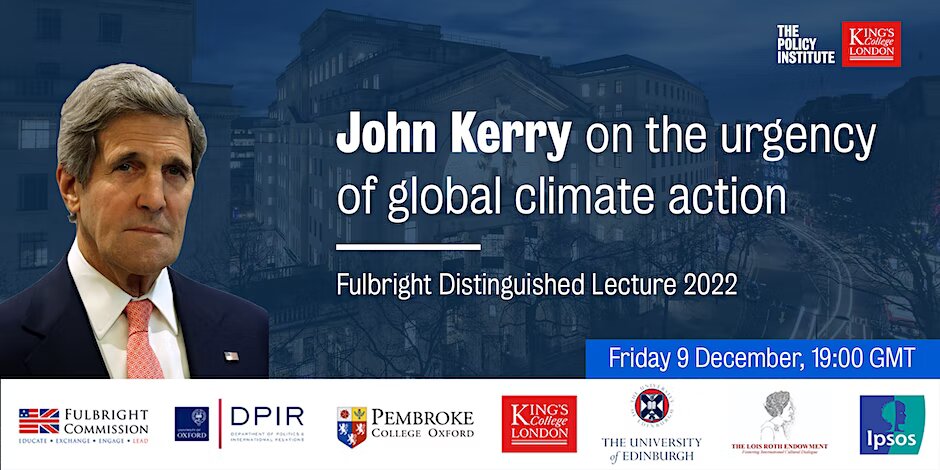 Register for the 2022 Fulbright Legacy Lecture!